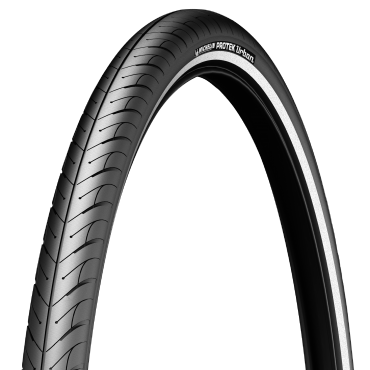 The city trekker's companion, MICHELIN's Protek Urban is a metropolitan defender that could give Batman a run for his money. This extremely easy-rolling city slicker derives its compound from its high-performing cousin, the PRO4, and it also features the new generation of aramide fiber anti-puncture reinforcements. Rain is no match for these super-safe tires, thanks to tweaks to the tread pattern and 2-progressive grooving in the shoulders.